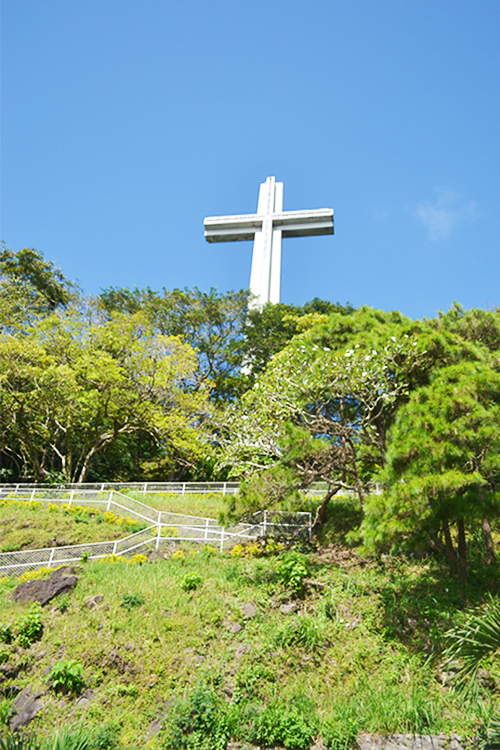 The last 16th of September, 2017, me and my team, in the new company I’m working with, decided to take one of our managers on a tour in Bataan, seeing as it is her first time in the country.

Now normally I wouldn’t participate in this kind of stuff as being a home-body and all, it is just not “ma thang…”, but this day was one of those exceptions where I decided to actually just go with it. 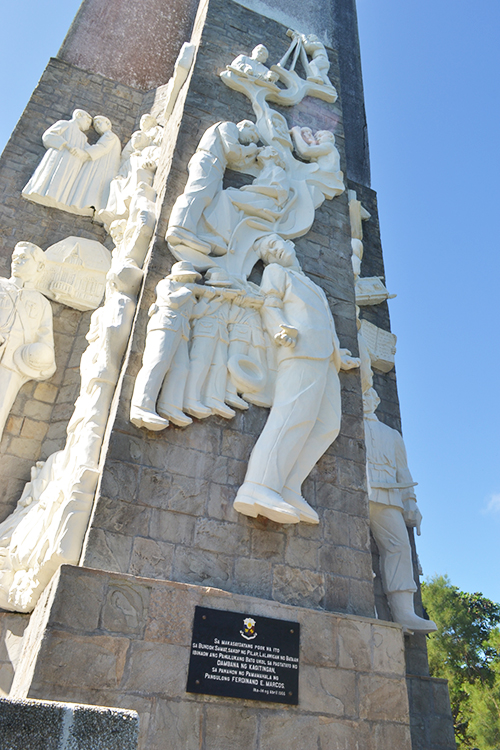 The giant memorial cross, embellished with the events that shape the country as the nation we now know today.

It took us a good couple of hours to get from Clark to Pilar, Bataan. It was the weekend so traffic wasn’t an issue for us. From there we headed towards Mount Samat National Shrine or the Dambana ng Kagitigingan (Shrine of Valour).

I’m not much of History buff, but if I remembered correctly this was discussed in my high school days as a place to honour the soldiers, both Filipino and American, who fought together in World War II against the Japanese Imperial.

At the side of the mountain, here we saw tablets with the history of the events that took place in the area etched unto them. On such tablet is the one on the side, the first three paragraphs read: 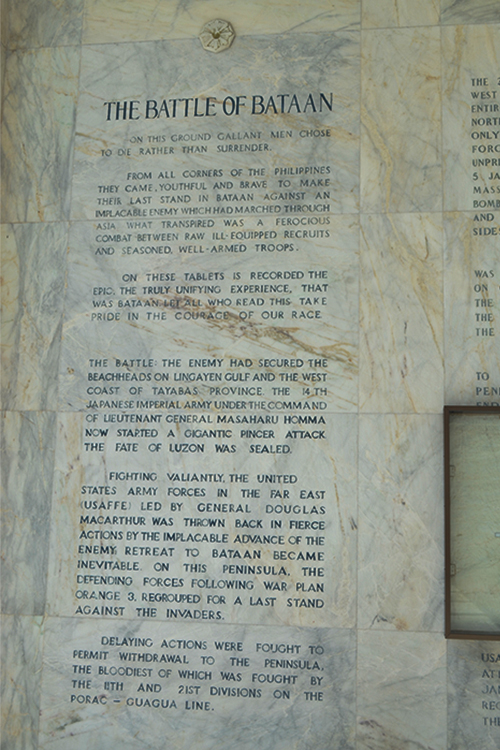 One of the tablets found in the shrine where the history is written.

On this ground gallant men chose to die rather than surrender.

From all corners of the Philippines they came, youthful and brave to make their last stand in Bataan against an implacable enemy which had marched through Asia, what transpired was a ferocious combat between raw ill-equipped recruits and seasoned, well-armed troops.

On these tablets is recorded the epic, the truly unifying experience, that was Bataan. Let all who read this take pride in the courage of our race. 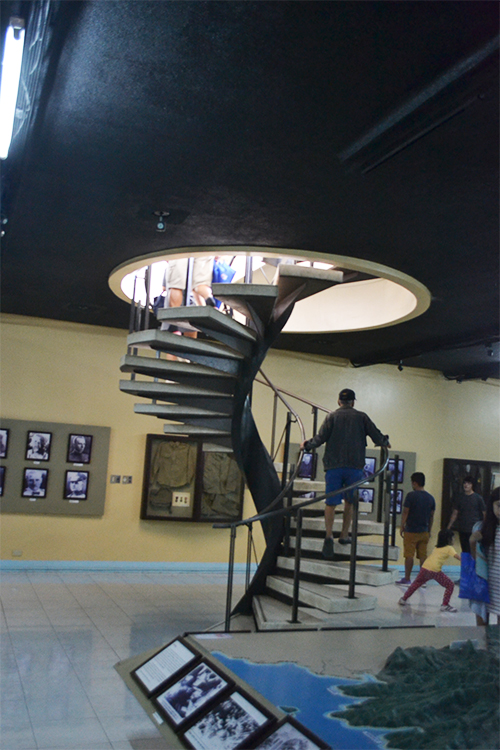 We later headed to the underground museum below the shrine, put on display was some old equipment’s used in the war. My favourite from these displays was probably the old radio transmitter (the image on the right). I have always been fascinated of how people were communicating back in the day, If ever I was around during those old days I would probably be tinkering with one of these things — Geek 4 Lyf! 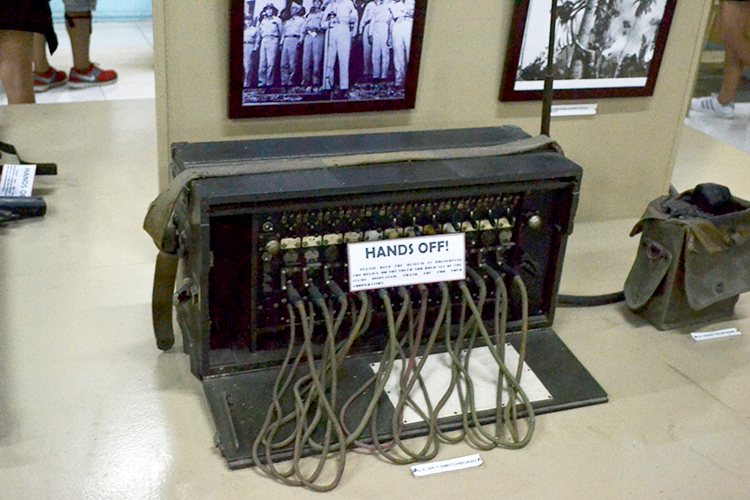 Other things in the museum were some portraits of the American allies that fought alongside the Filipinos. 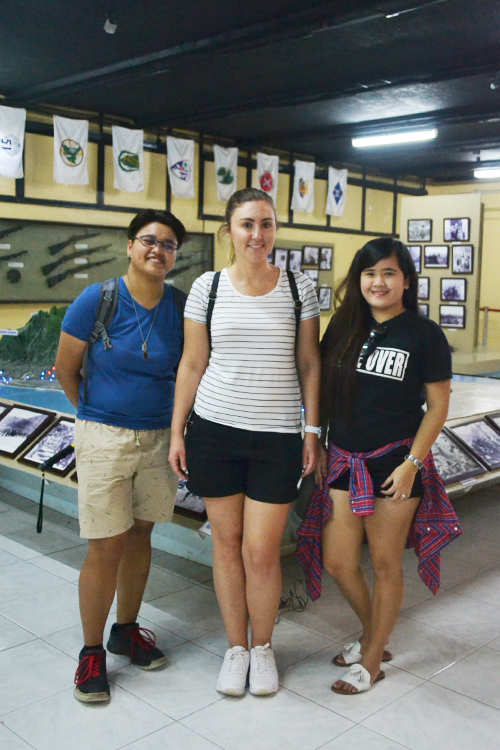 The Group Services Team with their Manager in the middle.

There were also guns and other stuff that could be found here. Ultimately I was kinda bored at this point of the trip and honestly, I was ready to head home–LOL 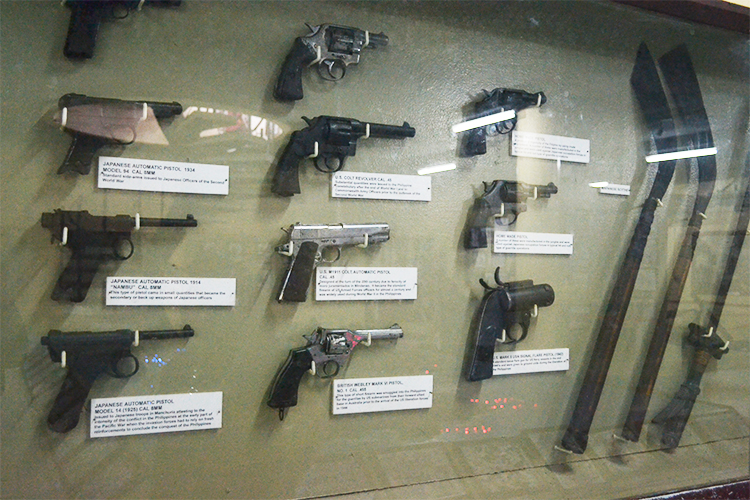 A lot of guns! I wonder if any of them still works?

We, later on, went to have our lunch at a local restaurant around the area and decided to visit Subic after we had our lunch. I didn’t take many photos when were there though as I’ve spent an ample amount of time just sleeping or goofing around. Anyway, I’ll conclude my story here. Until next time see yah! 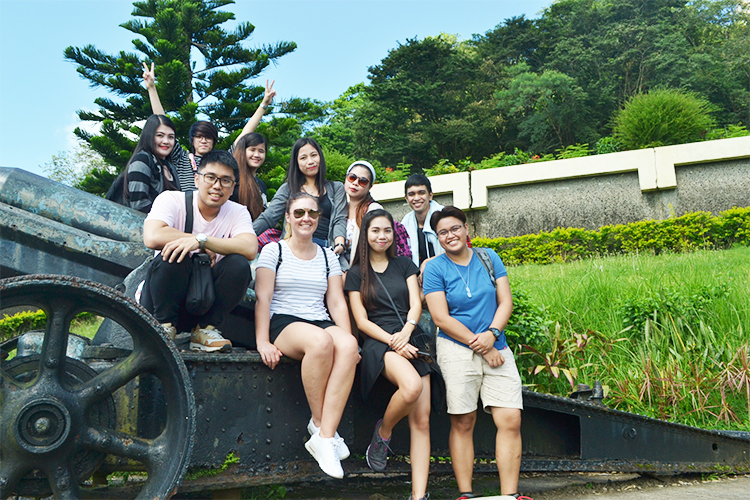 The entire team… minus me obvs!